Following up from our post featuring the benefits of using Engineered bamboo products (EBPs) and the last progress on product development by Amphibia BASE, preliminary results of an on-going R&D+i project show that cross laminated Guadua-bamboo (G-XLam) panels are feasible structural components for a typical European low-rise structure.

A typical detached two-storey house (Figure 1) using G-XLam panels as load-bearing walls was modeled by Aether Engineering s.a.s. (Italy) using Finite Element Analysis (FEA), a computer-aided engineering (CAE) method. The FEA used generic loads and load combinations according to European standards, eurocodes (EC) to simulate the structural performance of G-XLam* panels as wall elements and included a verification study for gravity and wind loads. Six failure mechanisms were considered for three different configurations (i, ii, iii) of the G-XLam structural wall panels including the maximum verification indices for all the load cases. The FEA solver used was Code_Aster, an Open-Source software that allows scripting and customisation with Python programming language.

*Detailed information about the finite element design and verification method used can be found here; whilst experimental values (in agreement with numerical analysis) used for the mechanical properties (stiffness and strength) of the G-XLam panels and can be found here.

Figure 1. Structural model of the typical detached two-storey house used for the FEA.

The first structural configuration for the load-bearing walls of the modeled house (configuration i) consisted of a single face five-layer G-XLam panel where the majority of the walls are not verified with some exceptions at the roof level (Figure 2a). For the sake of simplicity red areas in the model mean that the load capacity of the walls could not be verified by the FEA software, then too much red in the model is not good news!. Configuration ii considered double face walls with five-layer G-XLam panels working independently. This improved the situation, but still the ground-floor walls and some of the first storey walls are not verified, as shown in Figure 2b.

Results from the FEA of structural wall configurations i and ii encouraged us to find feasible solutions to the challenge of supporting a low-rise structure using the G-XLam panels developed by us (Amphibia BASE). This challenge is ever more complex when considering that five-layer G-XLam panels have a fifth of the thickness of five-layer Cross Laminated Timber (CLT) panels (G-XLam thickness = 27.5mm) that could have easily been specified for the example building.

Nevertheless, from previous experimental and analytical results, we knew that G-XLam panels exhibit twice the axial stiffness of the same five-layer CLT panels. Hence, a composite wall with double face five-layer G-XLam panels and a connecting middle layer to avoid bending actions was the proposed and most straightforward option. Hence, configuration iii follows this arrangement assuming a 10 cm separation between the centrelines of the two five-layer G-XLam panels. The collaboration for bending in the vertical direction of the walls (assumed at 80% for the FEA) could be achieved with vertical wood boards spaced at a certain distance and connecting altogether by gluing of by fastening (something like timber frame construction). The results of the FE model for configuration iii are displayed in Figure 3. Again, green in the model is good news!.

Therefore, configuration iii showcases the best structural performance of the three computer-modeled G-XLam wall-panel arrangements for the example house. Compared to typical CLT panel systems, the composite double-faced G-XLam wall panel could reduce the cross-section (thickness) of the wall by half, and provide space for service installations and for insulation. Depending on the designed structural-wall collaboration, the middle layer (in between the two G-XLam faces) could be filled by compressed straw boards (e.g. Stramit), low-grade European-grown wood, recycled materials or any other suitable material. These hybrid solutions will be considered in the on-going product development project led by Amphibia BASE in partnership with Aether Engineering and international academic and commercial partners.

A previous post by us highlighted that: 'potential engineering applications for G-XLam panels are sandwich panels and stressed skin structures (e.g. monocoque), where thin but very stiff layers are separated by a core or internal structure that increases the second moment of area and reduces buckling'.

In conclusion, there are still many questions to answer about the integration of G-XLam components into structural building systems, including fastening or gluing methods (to the middle layer), durability, insulation and fire, as well as anchoring and connection systems of the G-XLam components with the rest of the building. This is still new ground, but results obtained from the FEA at this early stage of the R&D+i project show that composite G-XLam walls can be a feasible structural component for a typical European low-rise structure.

Further results of the project will be published soon and throughout 2018 and 2019. 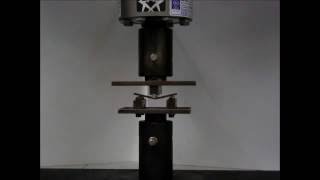 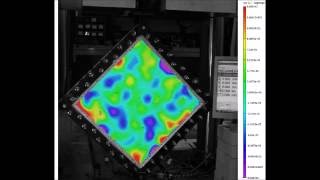 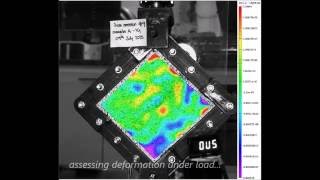